Leigha Henson is currently a graduate student in the Department of Biology, working with Dr. Howard Neufeld on the effects of climate change on Southern Appalachian mosses. Leigha’s proposed research focuses on two aspects of climate change: warming temperatures and increased variability of precipitation. Both factors are crucially important to the functioning of mosses, which are only active when hydrated. Climate change models suggest that the environment in the Southern Appalachians will warm, particularly in winter and at night, and that precipitation will be delivered in the form of heavy rains that are separated by long dry periods. Both situations may be detrimental for mosses: warming increases dehydration rates and lessens the time available to do photosynthesis, although in winter it could increase physiological activity, while longer dry periods between rain storms could also reduce the active period for these mosses. In both cases, mosses may be put at a disadvantage compared to present day conditions. Mosses, although small in biomass, may exert effects on ecosystem functioning through their retention of moisture and their influence on nutrient cycling, and so how they fare in a future warm world may, in part, determine the fate of the ecosystems in which they reside.

Leigha is proposing to compare understory and open-habitat mosses (shade-tolerant vs shade-intolerant) for their responses to climate change. Her main hypothesis is that both groups may be adversely affected by future climates, but that those in forest understories more so, since mosses in that habitat are not subject to as high light or temperatures as those growing out in the open.

To fund her research, Leigha has written several grants to agencies both internal to ASU and those external. She has received two research grants from the ASU Office of Student Research of ~$500 each. This spring she was received an Earl Core Research Award from the Southern Appalachian Botanical Society for $1149 and she also was named the recipient of the Tom and Bruce Shinn Grant Award from the North Carolina Native Plant Society for $950.

Leigha plans to use the funds to construct an active warming facility at the Department of Biology greenhouses to study the responses of the mosses to warming, and to modify a gas exchange system in her lab so that she can measure photosynthesis and respiration of her mosses. 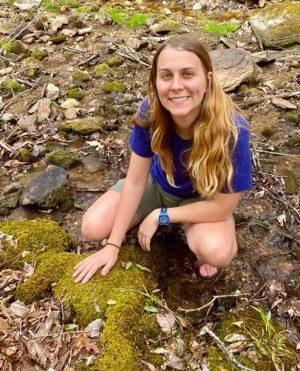 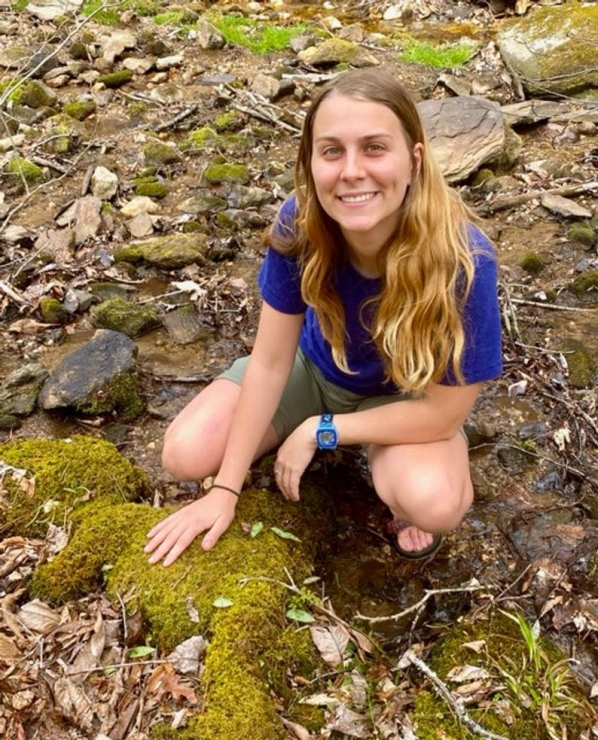