Why did you become a biologist (and specifically the type of biologist you are)?

I am a molecular neuroscientist who uses the fruit fly, Drosophila melanogaster, to study the mechanisms of sensory neuron function. I spent a lot of my childhood hiking around the forests and wetlands of central Massachusetts. It was through those experiences that I became very interested in animal behavior, particularly that of fish, frogs, and aquatic invertebrates (I was never a very successful fisherman and was always trying to understand why). This interest in animal behavior expanded to include an interest in human behavior as I began taking psychology classes in high school. As a college student majoring in psychology and neuroscience, I began to understand the power of using animal models to study the function of the human brain, specifically with regard to disorders of the nervous system. As a graduate student, I sort of fell in love with the idea of using model organisms like fruit flies and nematode worms, which have relatively simple nervous systems compared to vertebrates, to understand the cellular and molecular mechanisms of neural function. For instance, understanding what happens at a molecular level in human sensory neurons during chronic pain conditions is an exceptionally complex problem. We can instead look at how sensory neurons in a fly larva detect changes in temperature or mechanical stimulation, tease apart the cellular and molecular mechanisms that allow that to happen, and then determine how well those mechanisms have been evolutionarily conserved in humans.

When did you know this was your career choice?

I got bit by the research bug early in my college career and became kind of a lab rat. The decision to pursue graduate training in neuroscience was an easy one, because at that point in my life I really couldn't imagine doing anything else. I loved working in the lab and I loved talking science with anyone who was willing to listen to me- so a career path that let me do both of those things was really a perfect fit.

Where are you originally from and how did your childhood influence your career decision? Who was (were, is/are) your inspiration?

I have been lucky to have had some incredible mentors throughout my scientific career, including my graduate mentor, Dr. Michael Koelle, and my post-doctoral mentor, Dr. Dan Tracey. Both mentors are awesome scientists who challenged me a provided me with an environment where I could grow as a scientist and scholar. My mom has also been a big inspiration to me as a scientist. She went back to school to study nursing at about the same time that I began graduate school, and I've always looked to her as an example of how education and learning are life-long processes that we never have to stop engaging in.

I'm working on a Neurobiology course that will focus on the cellular and molecular mechanisms of nervous system function.

One of the most exciting moments in my undergraduate education was when I realized that a lot of the experiments I was learning about in my neuroscience and molecular biology courses had only been conducted in the past ten years, and that some of the science I was learning about was changing and expanding at the same time that I was hearing about it. As a teacher, I hope that I can impart this sort of idea to my students, that science is always changing, expanding, and re-shaping itself. The next scientific paradigm shift is always potentially right around the corner. 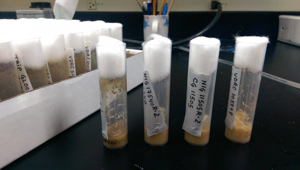 The overarching goal of my research program is to identify the cellular and molecular mechanisms that allow sensory neurons in Drosophila larvae to detect changes in their environment. We think that this goal has the potential positively impact human health, as chronic pain that arises from sensory neuron dysfunction is an incredibly prevalent and complex problem. We already have evidence that several genes that are important for fly neurons to detect potentially harmful environmental stimuli are evolutionarily conserved in humans and have roles in the pathogenesis of chronic pain in humans. So, by identifying new genes and molecular mechanisms that govern sensory neuron function in flies, we can hopefully learn new things about the function and dysfunction of human sensory neurons or propose new targets for the treatment of clinical pain. 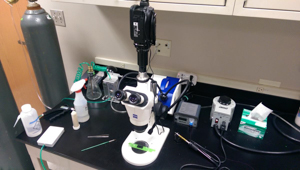 Right now we are engaged in several genetic screens to identify novel genes involved in the detection of potentially harmful stimuli. Using genetic engineering, large collections of fly strains have been produced where the flies of each strain are missing the function of a single gene. Using these tools we can prepare a long list of genes we are interested in and then test the behavioral responses of fly larvae missing each of those genes to a stimulus like a hot probe or a mechanical poke. Larvae that are missing the function of a gene that is important for sensory neuron function show defects in their behavioral responses to these stimuli. Using this screening process, we can test dozens or hundreds of genes of interest, but then quickly narrow down to a small handful of genes that seem to have particularly important roles in sensory neuron function. Once we have identified a small number of genes to focus on, we can study the mechanisms of how these genes shape sensory neuron function. For instance, we can ask how a specific gene influences the development and morphology of sensory neurons by filling the neurons with a fluorescent protein and imaging them using a confocal microscope. Or we can ask how a specific gene influences the electrical activity of a sensory neuron by filling the neurons with a fluorescent ion sensor and imaging "flashes" of fluorescence that indicate action potentials or the electrical responses of the neurons to a stimulus.

As a post-doctoral researcher, I studied the Drosophila TRPA1 ion channel. The human TRPA1 channel is extremely important for the function of sensory neurons and the pathogenesis of chronic pain. I was part of a team that showed that Drosophila TRPA1 has a similarly important role in the detection of noxious stimuli by flies, really emphasizing the fact that flies can be a great scientific model for studying human pain.

What advice do you have for undergraduates/graduates pursuing degrees in biology these days?

Be engaged! Science is changing and expanding all of the time, often moving in exciting and unexpected directions. If you wait for science to come to you, it will already have moved on to something else by the time information gets to you. If you are passionate about science and want it to be part of your career, you should challenge yourself both in and out of class. In class, think about the material in your textbooks or on your exams, and then think about what the next scientific steps would be. The questions that you have might be research questions that scientists are working to address right now. Outside of class, consider becoming directly involved with research, either with one of the biology labs on campus or elsewhere (there are great summer research programs all over the country). There is no substitute for the experience of taking an experiment that you have designed from start to finish (even with all of the troubleshooting detours along the way). 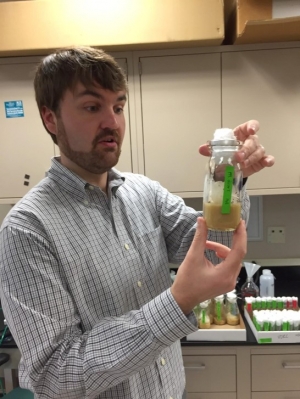 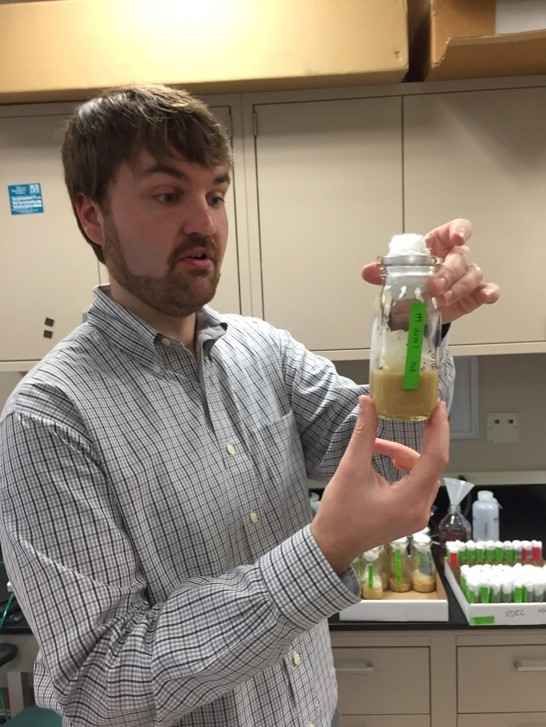