I am a community ecologist. I am interested in the relative importance of abiotic and biotic factors in structuring communities and influencing certain ecosystem-level processes. Most of this research has been conducted in stream communities. I am also interested in how the role of a species can change in a community as other species are added to or deleted from a community. This research has focused on the interactions between an introduced aquatic plant (Eurasian watermilfoil) and a native aquatic insect (a weevil) and has implications for biological control programs. Most recently, I have started studying cleaning symbioses. These research programs are described below.

Historically, streams have been considered communities that are structured primarily by abiotic factors, i.e., droughts and floods. Research conducted by myself and other aquatic ecologists has demonstrated that biotic factors can often be important in stream communities. My work in various streams has demonstrated that members of the stream biota, primarily large invertebrates like crayfish, can also have very important influences on stream community structure. My research in Michigan streams demonstrated that crayfish can have dramatic impacts on the abundance of a dominant filamentous alga (Cladophora glomerata). By reducing the abundance of this filamentous alga crayfish indirectly facilitated smaller benthic algae (e.g., diatoms) and the invertebrates that fed on these small algae. In this stream crayfish were acting as a keystone species. Research that I have conducted with students in Maryland (James Reed) and North Carolina (Brian Helms and Todd Ewing) demonstrated that crayfish can also accelerate leaf decomposition rates and have impacts on sediment accumulation in streams. In these streams, crayfish were acting as ecosystem engineers, i.e., they were maintaining certain habitats and influencing resource abundance (e.g., availability of fine particles of detritus) for coexisting taxa. Most recently, my students (Ken Fortino, Katy Shulzitski and Jessica Grice) and I have been investigating the factors that influence the distribution and abundance of different crayfish species throughout watersheds, i.e., from small headwater streams to larger rivers. My students and I are also studying the impact of land use on the distribution of a large detritivorous caddisfly (Pycnopsyche gentilis) in local streams and its impact on detrital processing. Our research has determined that this species is a dominant detritivore in these systems as well as a competitive dominant. It also can act as a bioturbator and excavate buried leaf litter.

My research with invasive species has focused on the impact of a native insect on an introduced aquatic plant (Eurasian watermilfoil, Myriophyllum spicatum). Watermilfoil was introduced into North America about 60 years ago. Since then it has spread throughout much of the continent and is a considerable nuisance in hundreds of lakes and several rivers. Management of this nuisance plant has relied on the use of herbicides or mechanical devices that cut or uproot the plant. Beginning about 25 years ago watermilfoil populations began to decline on their own. An herbivorous weevil (a type of beetle) was found associated with these declining watermilfoil populations. Research conducted by me, Sallie Sheldon and others has demonstrated that the weevil can cause watermilfoil declines. As a result, this native insect is being considered for use as a biological control agent for watermilfoil. In addition, with its switch to the introduced watermilfoil the role of this weevil in aquatic communities has changed. It has gone from being a relatively unimportant member of the communities it inhabits to playing an important role in structuring many communities. In a recent paper I have argued that this weevil should be considered a new keystone species in North American freshwater communities.

My research on cleaning symbioses focuses on the interaction between crayfish and a group of ectosymbiotic worms that live on the crayfish exoskeleton. These worms are called branchiobdellids. For many years the association between the worms and their crayfish hosts was thought to be a commensalism. The worms require a living crayfish to complete their life cycles. The crayfish were not thought to be affected by the presence of the worms. This research was initiated by Dr. Bryan Brown, a former Appalachian graduate student who is currently a faculty member at Clemson University. Bryan examined whether or not the worms might influence their crayfish hosts by keeping the gills of the crayfish free of particulate matter and epibionts such as bacteria and protozoa. His research demonstrated that the worms can benefit the crayfish under certain circumstances and the interaction appears to be a cleaning symbiosis. Currently, Bryan and I are expanding this research program. Specifically, we are trying to determine the specific mechanism underlying the positive effect of the worms on the crayfish. We are also evaluating various aspects of branchiobdellid life history. 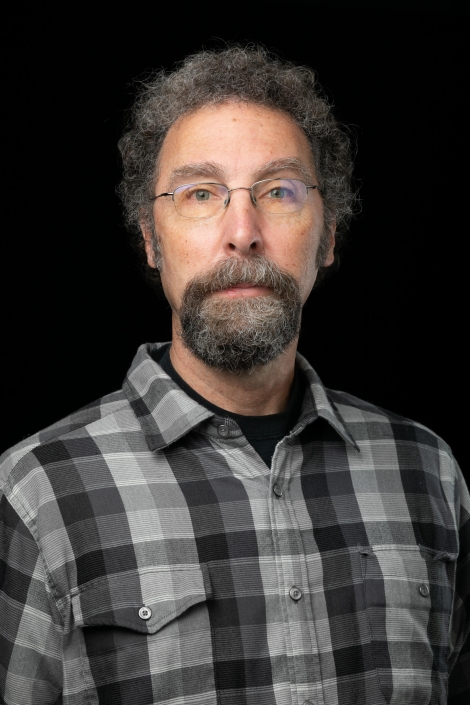