My research focuses on the relationship between plants and symbiotic fungi and the diversity and systematics of ectomycorrhizal fungi. This research is driven by a desire to understand how critical ecosystem functions depend on mycorrhizal fungi and how the fungi in turn adapt to environmental conditions. We have demonstrated that ectomycorrhizal fungus diversity is exceptionally high in the Appalachian Mountains , and indicated that large areas of undisturbed forest are needed to protect the many species that occur infrequently throughout the region.

Seedling inhibition by Rhododendron
I showed that ectomycorrhizal colonization of tree seedlings was suppressed in R . maximum thickets. In collaboration with a group of plant ecophysiologists, our research concluded that low light levels and reduced mycorrhization of the seedlings were components of a negative feedback cycle leading to the observed seedling mortality. I used molecular techniques to extract mycorrhizal fungus DNA directly from seedling root tips, type, and identify the mycorrhizal assemblage associated with the seedlings. This work provided our first estimation of the types of ectomycorrhizal fungi oak seedlings can associate with under natural conditions and showed that seedlings were not developmentally restricted to associating with a subset of the overall ectomycorrhizal inoculum pool. While the exceptional diversity of ectomycorrhizal fungi recovered from the seedlings restricted our ability to characterize the relationships between fungal composition and a wide variety of measured environmental parameters, other potentially more interesting conclusions were drawn. For example, while classical expectations were that plants associate with mycorrhizal fungi for the duration of the growing season, I showed that a new and distinct fungal assemblage largely replaced mid-summer fungi later in the season.

Arctic ericoid mycorrhizae
In collaboration with Dr. Ari Jumpponen ( Kansas State University ), I characterized the diversity of fungi associated with ericoid plants in the arctic tundra and estimated the importance of these fungi for plant uptake of organic N. We found that the fungal community associated with ericoid plants in the arctic is highly atypical in comparison to those described from temperate and boreal ecosystems. Fungi associated with the roots fall in multiple lineages that have not been previously described as ericoid mycorrhizal, and typical dominants are absent. Nitrogen uptake capacities of the fungi are being assessed in laboratory experiments in monocultures and in synthesis with ericoid plants. A growth chamber experiment was carried out using fungicides and stable N isotopes. This experiment showed that inhibition of ericoid mycorrhizal fungi reduced short term N uptake by plants from organic sources by 40%, and leaf N decreased by 10% over eight weeks. These results facilitate incorporation of ericoid mycorrhizal functions (i.e. depolymerization and uptake of organic N) in the modern N cycling paradigm for highly N limited organic soils that typify the circumpolar tundra biome. Collectively, these results will describe the importance of ericoid fungal diversity in adding dimensionality to a major plant resource and thereby facilitating plant coexistence and enhancing plant diversity in the arctic. 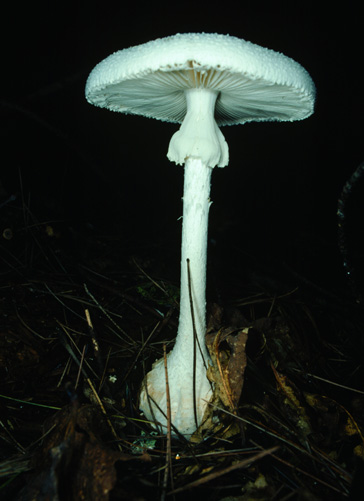 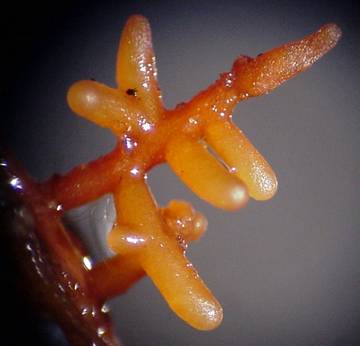 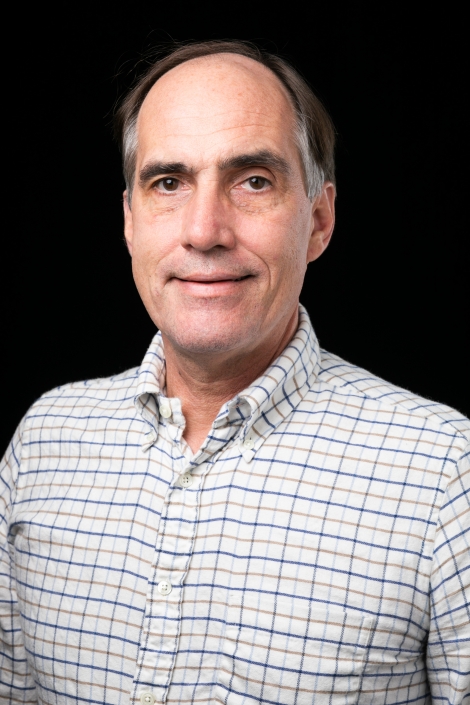