My current research interests are involved with different aspects of cliff-face ecology in the Southern Appalachians. This research began as a spin-off of my doctoral research investigating the population biology of a glacial relict tree in the Southern Appalachians, Northern White Cedar, Thuja occidentalis L. These glacial relict populations exist primarily on cliff systems in the Ridge and Valley province of the Southern Appalachians and harbor high levels of genetic variation for the species. We found several other glacial relict species associated with white cedars in southern disjunct ranges normally found in bogs in the boreal forests of North America. After beginning my academic career here at Appalachian State University, I have conducted research on cliff-face plant communities in Linville Gorge Wilderness Area, in additional sites in the Ridge and Valley and on the Oak Ridge National Laboratory, and at the Obed Wild and Scenic River National Park and Cumberland Gap National Historic Park on the Cumberland Plateau. My cliff-face research group currently includes Dr. Mike Madritch, an ecosystem ecologist and Dr. Coleman McCleneghan, a mycologist/lichenologist, both from ASU Biology, as well as three graduate students, Laura Boggess, Justin Harkey and Eric Purdy. We are currently engaged in research projects back at Cumberland Gap, at the Big South Fork of the Cumberland National Park and Recreational Area, in the Great Smoky Mountains National Park and recently finished a vegetational survey of cliff faces in the Ocoee River Gorge. Many of these grant-supported studies are related to determining the impacts of rock climbing on the plant and lichen communities of cliff-face communities toward developing management plans for state and federal agencies. In the course of these studies we are finding rare, disjunct and restricted plants and lichens on cliff faces, ancient trees, and occasionally new species in these systems. From a more theoretical approach we are interested in the physical factors the influence plant and lichen community structure on cliff faces. We also intend to use this information toward developing a predictive GIS model that can be used by land managers to evaluate cliff systems that may support significant vegetation or be attractive to rock climbers. 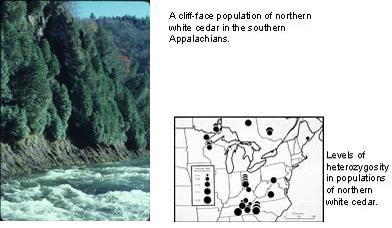 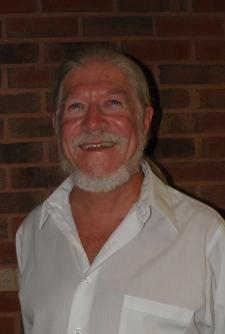