I am interested in a group of plant proteins characterized by a "coiled-coil" structural motif. Coiled-coil proteins are typically involved in forming fibers and scaffolds in cells and help organize the shape, substructures, and movement of organelles within cells. In humans, mutations in coiled-coil proteins have been implemented in diseases such as cancer, muscular dystrophy, premature aging, and neurological defects. I am studying this group of proteins in plants to understand their role in an organism that does not possess muscle or nerve cells (where most long coiled-coil structures are found and studied in animals).

The group of proteins that I am particularly interested in is the chloroplast coiled-coil proteins. Chloroplasts are photosynthetic organelles that are thought to have evolved from endosymbiotic prokaryotes. However, most prokaryotes do not contain long coiled-coil proteins of the type we find in eukaryotic cells. Therefore, their import into chloroplasts is intriguing and suggests that they may have played a crucial role in the evolution of early endosymbionts into the highly structured photosynthetic organelles we find today. The study of these proteins should provide further insight into chloroplast structure and function as well as the relationship between the organelle and the host cell. 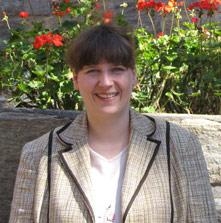